You are using an unsupported browser

You are using an unsupported browser. This web site is designed for the current versions of Microsoft Edge, Google Chrome, Mozilla Firefox, or Safari.

The Office of the Federal Register publishes documents on behalf of Federal agencies but does not have any authority over their programs. We recommend you directly contact the agency responsible for the content in question.

If you have comments or suggestions on how to improve the www.ecfr.gov website or have questions about using www.ecfr.gov, please choose the 'Website Feedback' button below.

Content Feedback
If you have questions for the Agency that issued the current document please contact the agency directly.

Welcome to the new eCFR! Check out our Getting Started guide to make the most of the new site.
Sign In / Sign Up

The Electronic Code of Federal Regulations

Enhanced content is provided to the user to provide additional context.

Learn more about the eCFR, its status, and the editorial process.

View table of contents for this page

Fireworks devices shall not contain any of the following chemicals:

(a) Arsenic sulfide, arsenates, or arsenites.

(1) In colored smoke mixtures in which an equal or greater amount of sodium bicarbonate is included.

(2) In caps and party poppers.

(3) In those small items (such as ground spinners) wherein the total powder content does not exceed 4 grams of which not greater than 15 percent (or 600 milligrams) is potassium, sodium, or barium chlorate.

(g) Phosphorus (red or white). Except that red phosphorus is permissible in caps and party poppers.

(j) Titanium, except in particle size greater than 100-mesh.

(a) Fireworks devices that require a fuse shall:

(1) Utilize only a fuse that has been treated or coated in such manner as to reduce the possibility of side ignition. Devices such as ground spinners that require a restricted orifice for proper thrust and contain less than 6 grams of pyrotechnic composition are exempted from § 1507.3(a)(1).

(2) Utilize only a fuse which will burn at least 3 seconds but not more than 9 seconds before ignition of the device.

The base or bottom of fireworks devices that are operated in a standing upright position shall have the minimum horizontal dimensions or the diameter of the base equal to at least one-third of the height of the device including any base or cap affixed thereto.

The pyrotechnic chamber in fireworks devices shall be sealed in a manner that prevents leakage of the pyrotechnic composition during shipping, handling, and normal operation.

The pyrotechnic chamber in fireworks devices shall be constructed in a manner to allow functioning in a normal manner without burnout or blowout.

(a) Fireworks devices which are intended to be hand-held and are so labeled shall incorporate a handle at least 4 inches in length (see § 1500.14(b)(7)). Handles shall remain firmly attached during transportation, handling and full operation of the device, or shall consist of an integral section of the device at least four inches below the pyrotechnic chamber.

(b) Spikes provided with fireworks devices shall protrude at least 2 inches from the base of the device and shall have a blunt tip not less than1/8-inch in diameter of1/8-inch square.

(a) Toy smoke devices shall be so constructed that they will neither burst nor produce external flame (excluding the fuse and firstfire upon ignition) during normal operation.

(b) Toy smoke devices and flitter devices shall not be of such color and configuration so as to be confused with banned fireworks such as M-80 salutes, silver salutes, or cherry bombs.

(c) Toy smoke devices shall not incorporate plastic as an exterior material if the pyrotechnic composition comes in direct contact with the plastic.

Rockets with sticks (including skyrockets and bottle rockets) shall utilize a straight and rigid stick to provide a direct and stable flight. Such sticks shall remain straight and rigid and attached to the driver so as to prevent the stick from being damaged or detached during transportation, handling, and normal operation.

Party poppers (also known by other names such as “Champagne Party Poppers,” and “Party Surprise Poppers,”) shall not contain more than 0.25 grains of pyrotechnic composition. Such devices may contain soft paper or cloth inserts provided any such inserts do not ignite during normal operation.

(a) Application. Multiple-tube mine and shell fireworks devices with any tube measuring 1.5 inches (3.8 cm) or more in inside diameter and subject to § 1500.17(a)(12) of this part shall not tip over when subjected to the tip-angle test described in this section. 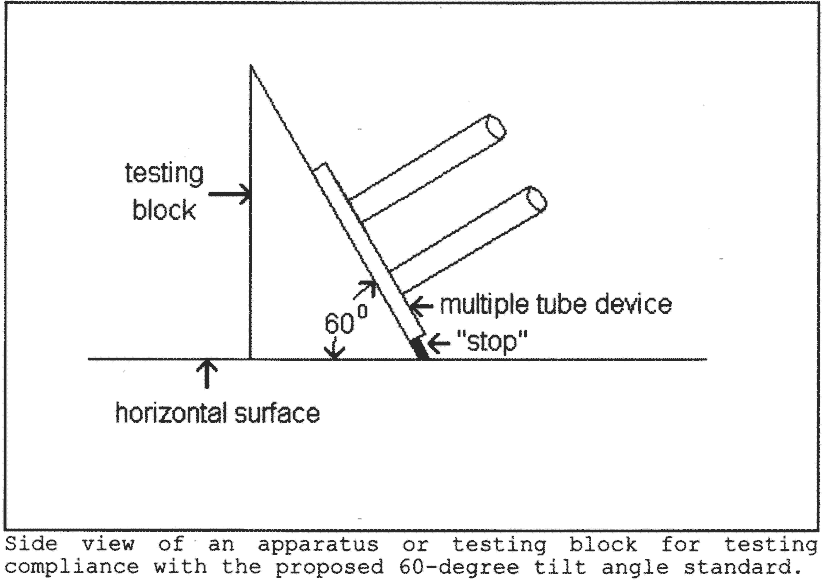 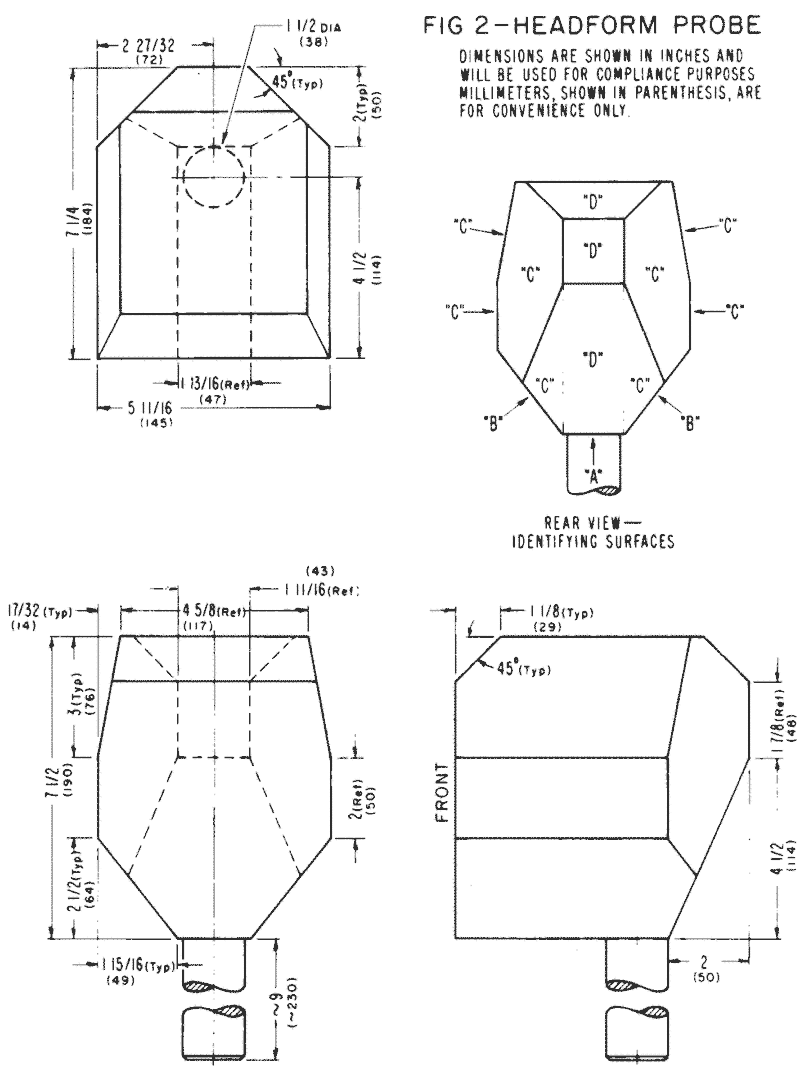 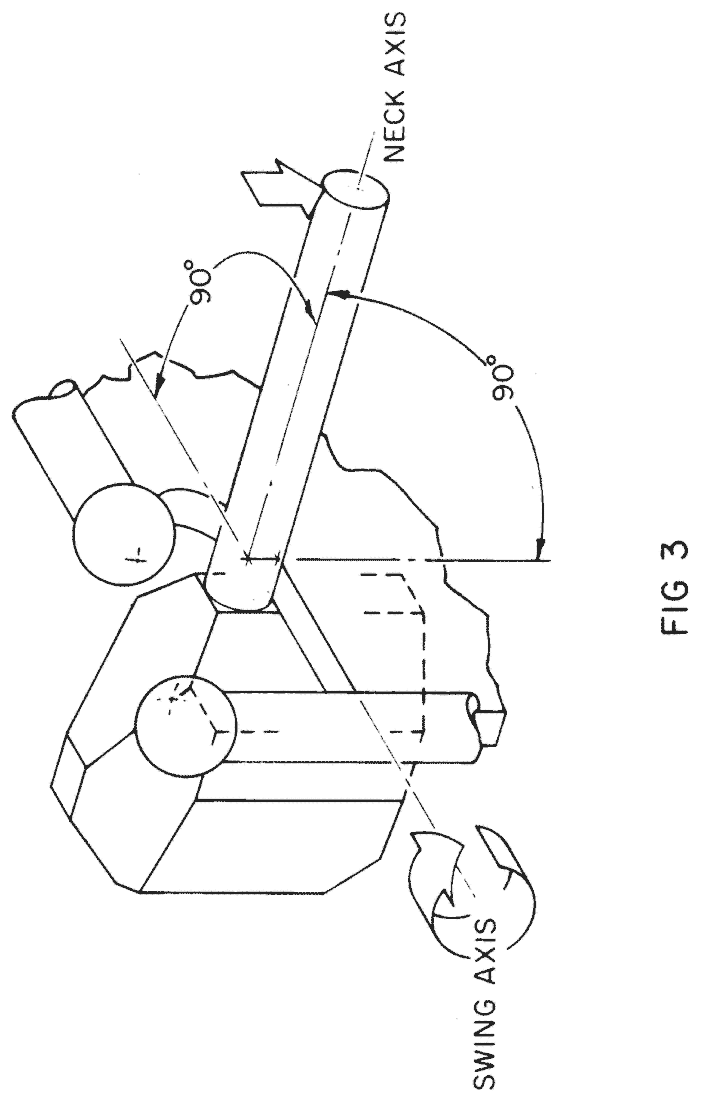